Intro to the Courts

Welcome to Courts of British Columbia (BC)! This site will help you learn about the justice system in Canada and more specifically about BC.

In BC there are three main courts: Provincial Court, Supreme Court, and the Court of Appeal, similar to other Provinces in Canada. The provincial court structure is only a portion of the overall court system of Canada. See the map below for an overview of the Canadian courts system. 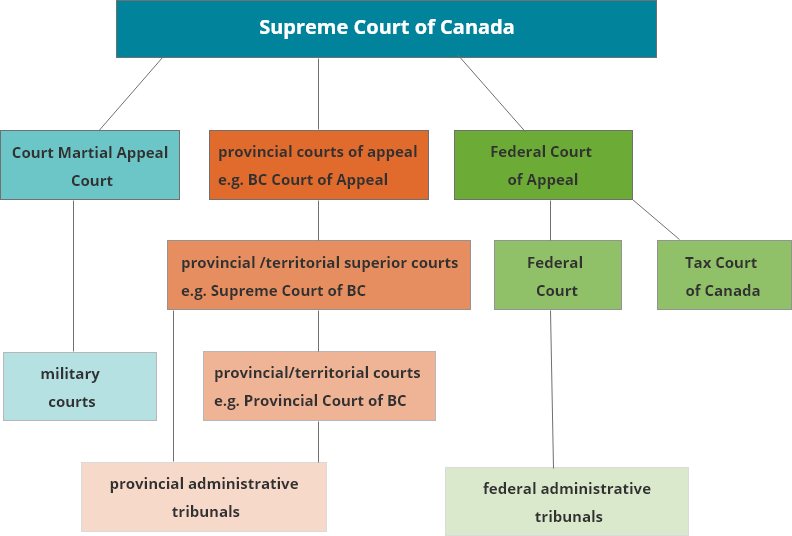 In BC, there are three main courts:

The Federal Courts, Tax Courts and Military Courts do not fall under the BC court system.

Who runs the Courts?

The provincial and federal governments each have a role in running the courts. See the chart below to see who is responsible for what.

Judges in Canada use a combination of constitutional law, statute law and common law in their decision-making. 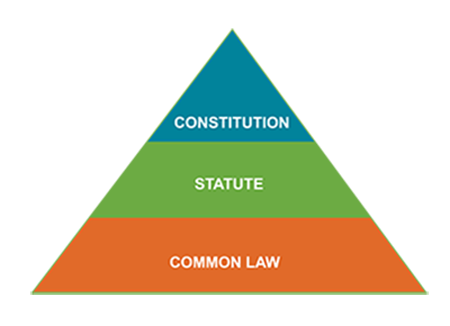 Statute Law: Statute law is law written by the government. Both the Parliament of Canada and the BC Legislature write statutes. Statutes are sometimes called “acts” or “legislation”. Statutes are often accompanied by “regulations” which go into the details of how the statute should be applied.

Common Law: Since it is hard to write statutes to cover every possible scenario, the Courts look to common law to fill the gaps. Common law is not written down in any one document. It is a series of past decisions by the Courts. Past decisions are also called “precedent” or “case law”. Judges use common law:

While common law is complicated, it can evolve to meet the needs of society as it changes.